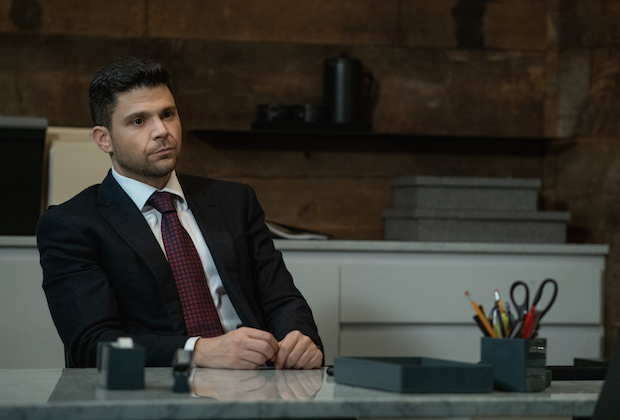 Starz has given a green light to four spinoffs of its recently ended, highly popular crime drama Power, but we know of at least one potential continuation concept that’s deader than a bullet-riddled defense attorney.

Power creator and showrunner Courtney Kemp confirmed to TVLine that she’d been mulling an offshoot centered on Joe Proctor, Ghost and Tommy’s shady — though highly entertaining — attorney. And the fact that the character was killed off in the second half of the original series’ final season wouldn’t have mattered.

“A long time ago, I wanted to do a Better Call Saul with Proctor,” Kemp said, referencing AMC’s Breaking Bad prequel spinoff that follows the ethically challenged Jimmy McGill as he becomes Saul Goodman, lawyer to Albuquerque’s meth kingpins.

“I thought that would have been an awesome show,” Kemp continued. “But Jerry and I are working on something else.”

The four in-the-works Power-verse projects include: Power Book II: Ghost, which picks up after the events of the flagship series and which stars several of that show’s cast members; Power Book III: Raising Kanan, a 1990s-set prequel that will follow Kanan Stark’s early years; Power Book IV: Influence, a series centered on Rashad Tate as he continues his unrelenting quest for power; and Power Book V: Force, which will follow Tommy as he leaves New York behind.

Fans of the series will recall that Proctor died in Season 6, when Tommy snuck into Ghost’s penthouse and shot his former lawyer roughly one zillion times.

What’s New to Watch in March on Netflix, Hulu, Amazon, and Disney+