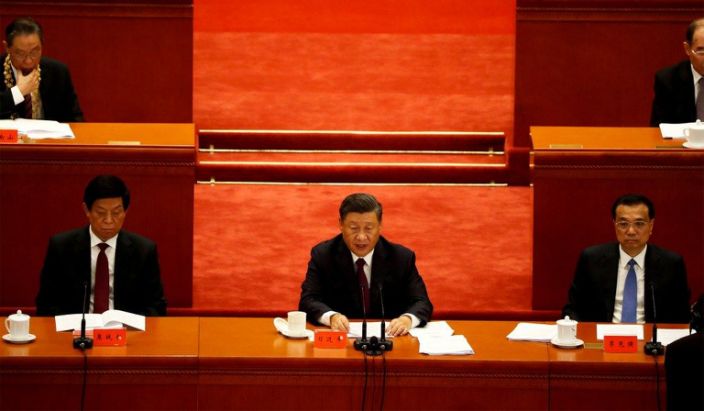 An audit by congressional Republicans to be released on Monday concludes that China covered up the initial spread of coronavirus while the World Health Organization “parroted” Chinese propaganda.

Various U.S. government officials and agencies have already alleged that China hid the extent and severity of coronavirus following its appearance in the city of Wuhan in late December, and Republicans have accused the WHO of kowtowing to Chinese assessments of the outbreak. The Monday report by Republican members of the House Foreign Affairs Committee, which was obtained by National Review, represents one of the most comprehensive attempts to delineate responsibility for the pandemic.

“It is beyond doubt that the [Chinese Communist Party] actively engaged in a cover-up designed to obfuscate data, hide relevant public health information, and suppress doctors and journalists who attempted to warn the world,” the report states. “Research shows the CCP could have reduced the number of cases in China by up to 95 percent had it fulfilled its obligations under international law and responded to the outbreak in a manner consistent with best practices.”

In particular, the report notes, “as early as mid-December [2019], and no later than December 27th, the CCP had enough information to assess it was legally obligated to inform the WHO that the outbreak in Wuhan was an event ‘that may constitute a Public Health Emergency of International Concern.’”

The WHO accepted Chinese propaganda regarding the outbreak, effectively misinforming other nations on the spread of coronavirus. Additionally, China nationalized various production lines of medical equipment, seizing control of the medical supply chains of other nations.

“According to the Congressional Research Service (CRS), [the] nationalized control of the medical supply chain included ‘commandeer[ing] medical manufacturing and logistics down to the factory level,’” the report states. “It is highly likely that China’s nationalization of the manufacturing capacity of foreign companies, including 3M and General Motors, directly impacted the ability of the United States and other countries to procure [personal protective equipment] on the global market.”

Representative Michael McCaul (R., Texas), the ranking Republican on the Democrat-led Foreign Affairs Committee, has been a vocal critic of China and the WHO throughout the pandemic. McCaul deemed the Chinese response to the coronavirus “one of the worst cover-ups in human history” in mid-March.

‘Never be seen again’: Where Confederate statues go after being taken from public spaces