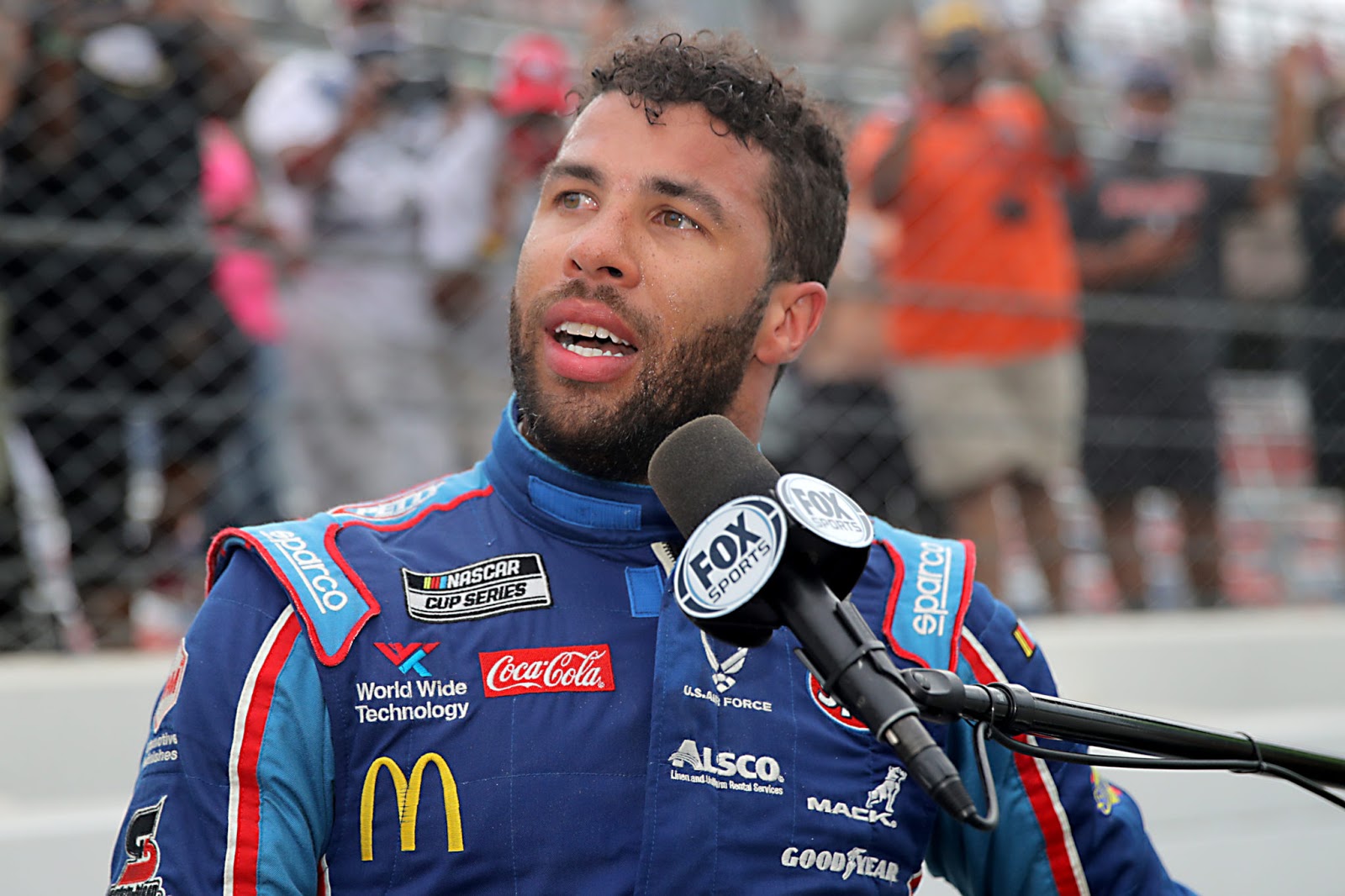 Earlier this month, Bubba Wallace announced his departure from Richard Petty Motorsports. The NASCAR star drove car No. 43 for the team and admitted that deciding to part ways wasn’t an easy decision. “Thank you to the King and everyone at Richard Petty Motorsports for giving me the opportunity to start my Cup Series career,” Bubba Wallace said. “I’ve grown so much as a driver and as a person since joining them. We’ve got nine more races together, and I hope we can finish the 2020 season on a high note.”

It was expected that Wallace would move on to another team, and there were rumors that despite his controversy regarding the noose hanging in his garage months ago, the driver was still highly sought after. On Monday (September 21), it was shared that Bubba Wallace has found a new home, and it’s with Michael Jordan and Denny Hamlin’s new NASCAR team.

ESPN reports that Hamlin, a “three-time Daytona 500 winner and top contender for this year’s Cup title,” shared that he and the Chicago Bulls legend became good friends after meeting at a basketball game. Choosing Bubba Wallace as their driver was “easy,” said Hamlin. Michael Jordan also spoke about the NASCAR news: “The opportunity to own my own racing team in partnership with my friend, Denny Hamlin, and to have Bubba Wallace driving for us, is very exciting for me.”

“Historically, NASCAR has struggled with diversity and there have been few Black owners,” Jordan added. “The timing seemed perfect as NASCAR is evolving and embracing social change more and more. In addition to the recent commitment and donations I have made to combat systemic racism, I see this as a chance to educate a new audience and open more opportunities for Black people in racing.”